Next year in Paris. For those of our readers living in Paris and who’ve been yearning to escape, to forget the isolation, the lockdowns, and how narrow solitary or family life can sometimes be, this might seem like a strange wish. For others, visitors who like to stroll the capital’s streets, squares and museums, it will probably be easier to hear. And for those like me, who have chosen to live many thousands of kilometres away, it will take on another meaning: that of an elsewhere that can finally be imagined.

One year ago, when we published our issue on confinement,  the question of new beginnings was already there in the subheads. Across the Atlantic, I was going through the strange experience of putting together an issue of Tenou’a without any real, face-to-face contact with the people I so love to work with. We’d never really been separated before this, our temporary distances always collapsed by a few hours in a plane and a bit of jetlag just before production wrapped up.

Confinement opened up a geography whose existence was incontrovertible: the virus had put an ocean back between my two worlds—the world I come from and the one where I’ve chosen to live for the last few years. It was now quite simply forbidden, illegal, even, to cross the sea and national borders without a reason so essential it more or less came down to death.

West of the Atlantic, other oceans were forming too, just as immense and uncrossable, making it impossible to go to school, or the movie theatre, or, especially, the synagogue. After spending Pesach alone at home, after remembering the victims of the Shoah from behind our screens, after watching my eldest son read his parasha and haftara for his bar mitzvah at home in the shelter of the house with no one but his brothers and parents in attendance, then we had to resign ourselves to doing Kippur in the living room too, blowing the shofar with no one to hear it, reading the megillah without the calls of the congregation …

Some have adapted to the isolation in their own way. Some have been able to write, to love, to bring long-abandoned projects to fruition, to connect with loved ones in new ways. Others have lost so much that they look at their lives, stunned, as if they’ve just seen it slip through their fingers. Many people—most, I think—will, like me, readily admit they’ve been lucky: neither their family, nor their job, nor their house has slipped from their grasp. But they feel weary, bitter even, about all these grim months hemmed in by too-familiar walls, longing either to get away or to be closer, longing to reconnect with a version of life in which face covering and perpetual hand sanitizing isn’t the only rule that counts.

Next year in Jerusalem. When we say these words at the end of the Seder, many of us have perhaps not paid them enough attention. I don’t remember ever saying them with the belief that I’d actually be there a year later. Today, what I hear in these words is possibility, a perhaps, which feels good. It’s not about the pain of being absent but the sweetness of looking to the future. A sharp awareness that as extraordinary as the here and now may be, “it was better tomorrow”—or at least it’s possible.

As for the magazine you’re reading now, we wrapped this issue up together on the European side of the Atlantic. The ocean is again at least a little more crossable. Like a promise, like a fantasy; the future, coming back. So, yes, next year across the oceans, big and small; whether or not we actually cross them, may it once again be possible to imagine doing it, to make plans, to think of it, to dream. 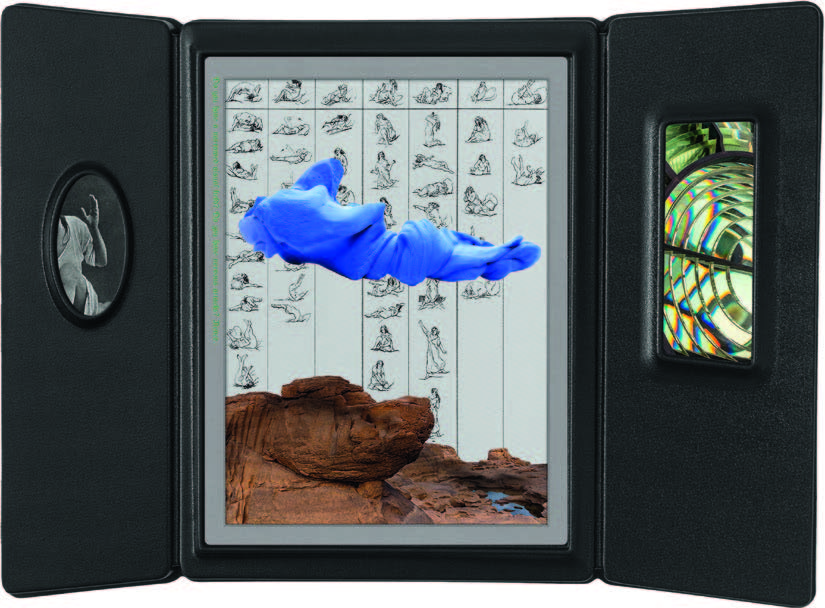 INTO THE WORLD OF ANAGRAMS

Next year in words