So I sat with my back to the window, I forgot about the sky, and I closed my eyes. I sank into the night. I dreamed of other things. Not of going some place, but simply of leaving. And I dreamed of harbours, of boats and trains, of wharves and clouds. I heard the sounds of water and of engines rumbling. I felt the ground beneath my feet give way. I was going, though I did not know where. I was going, and that was it.

God said to me, as to others: Go! Like others before me, I saddled my donkey and pressed on in the dark, scraping my leg against the path’s low wall. I was hungry, thirsty, afraid. Though I did not know of what. God had told me nothing. It had been a dream. And yet, a promise had been made to me.

Leaving means risking death. The sacrifice is at the end. And the beginning. You are cold, you are hot, the donkey refuses to continue. You are lost. And suddenly, you feel the arms of a man, woman, or angel. You won’t make it any further. It may be a struggle, or simply an encounter. At last you see a face, a smile. A blessing. We touched. Our eyes met. And the mask has fallen. Your face is radiant.

You set off again, limping. But now you are not alone. You still do not know where you are going. But you go together. You hear animals rustling in the bushes. And the sun rises over two people lost in discussion, scanning the horizon. 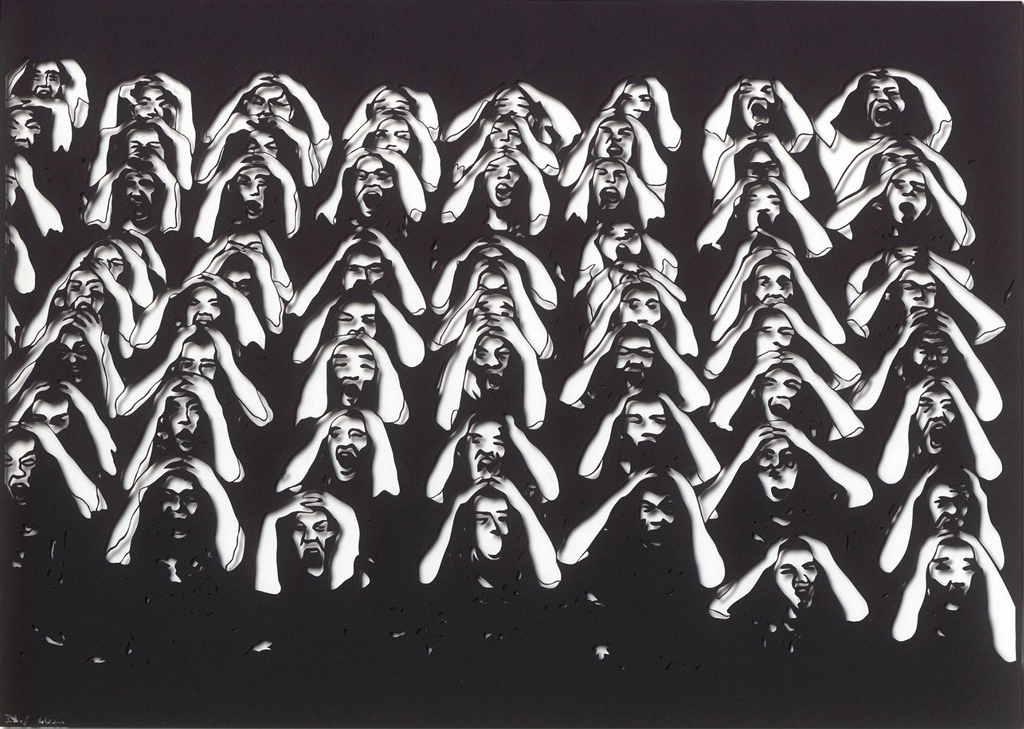 MOTHER OF A CRY

Next year in silence