The day the lockdown ended, something happened that was unsurprising, to be expected. Hairdressers, stylists, barbers, beauty salons were immediately and constantly busy. Other stores and businesses were also open again, of course, but it seemed that hair salons were the places we had missed the most. People rushed to them as though they were the passageway to return to the real world, the gateway to freedom, and everybody was happy to pay the price of admission.

Hair, on our body or on our head, is cut, brushed, shaved, removed, in other words, domesticated. And it appears to be unfailingly connected to our re-integration into the unconfined, public space.

How can this be explained? Perhaps we need to understand that hair is a primary example of intimacy, the personal. It arouses both shame and seduction, the ultrapersonal and common codes of a society. Controlling hair and pilosity is political in the first sense of the word. It speaks to our place in public and in society.

This is true for every faith tradition. All traditions ritualize and codify practices surrounding hair, what is appropriate to be seen or to hide, what specific hair styles say about our social status. Hair is always situated at the intersection of interior and exterior worlds, the private and the public.

Judaism is no exception to this rule. It determines what hair must be covered with a kippa, a wig, or a hat, payot that curl hair around the ears, for some people, hairy streimels that cover heads, for others. Judaism sets out the age and the day of a child’s first haircut and endows hair with strength, as in the case of Biblical heroes such as Samson. A “hair” is Se’ar in Hebrew, written exactly like the word “door” or “opening” (She’ar). Hair is an exemplary passageway, an opening between worlds.

Talking about hair may make people laugh nervously or feel uncomfortable; they may use humour to eliminate or mask their discomfort. It is exactly the same as children who burst out in uncontrollable giggles at a serious occasion. And the embarrassment we feel about hair is worth examining. It expresses our relationship with intimacy in general, or more precisely, what Lacan called extimacy. As opposed to what is hidden or private, the extimate is the part of the depths of inner life which one chooses to reveal to the outside world. It is the door that allows the inside out and reveals components of the inner self which one could or would want to have kept inside.

While we were preparing this issue of Tenou’a, I found myself replaying a song from my childhood: “Si un prince charmant ne vient pas m’enlever, je fais ici serment que j’ irai le trouver moi-même…” (“If a Prince Charming does not come to carry me off, I promise I will go and find him myself.”) I watched and listened as Catherine Deneuve, a princess disguised as a donkey in the film Donkey Skin, sang out these promises. In fact, I watched this musical repeatedly and knew all the songs by heart. What if this classic had something profound to say about the female condition, through its use of animal fur and women’s hair and skin ?

Well known in France, the fairy tale on which Donkey Skin is based tells of a princess threatened by incestuous violence. She flees from the palace and hides under the cover of the hide (note the pun) of a donkey sacrificed for this purpose, seeking protection far from home. The magnificent beauty of the heroine was synonymous for an entire generation with that of Deneuve, safely hidden under the ugly hair of a beast of burden.

Most children know this centuries-old story in which an equine hide features prominently, but few learn to decipher its powerful symbolism. As do many tales we were told in childhood, it reminds us that the feminine belongs in a palace, in a house, or on a farm, that is, the interior or domestic life. The feminine is placed under masculine or virile authority, which can become a threat. Freedom demands considerable sacrifice.

In Perrault’s fairy tale, the princess suffers from a strange condition: her skin is transparent. She has no covering to protect her and is too vulnerable to go outdoors. Her only choice is to cover herself in the skin of another being, a hairy animal that embodies virility.

Often, throughout History and particularly in traditional societies, women are relegated to the interior sphere, domestic life, the hidden realm, in other words the intimate or private. Her body is perceived as being a-dermal, without skin, or perhaps more accurately as being a mucous to be protected, a porous membrane that provides no true boundary. Uncovered skin is suspect, because it exposes what lies just beneath it, secretions that can leak from her body because its boundaries are fluid. The female body is often perceived as a threat, exposing to the eye all that is meant to remain invisible inside. It is not at all surprising that traditional societies seek to control the boundaries of the female body, covering their skin and especially their hair. This prevents the extimate from exposing what must be hidden to avoid scandal.

A woman with an uncovered head is like a princess who ventures, naked, outside her castle. She is more naked than a man who exposes the same part of his body. Many traditions see a woman exposing the same anatomy as a man as being more naked, and female hair as more obscene than men’s. We need only think of how witches appear in illustrations: wild, tousled, unruly, untamed. Like their hair, their bodies and spirits are depicted as being unable to control. Nothing is more subversive than that for a society that fears them.

Men’s hair, on the other hand, is proof of their full legitimacy in many cultures. A beard, a moustache, or long hair is often viewed as a sign that a man is a leader or authority figure, someone who is asked to carry the voice of tradition out into public space. The prominence of men’s hair is proportional to their ability to raise their voices “outside.”

Our generation allowed “Donkey Skins” to release themselves from the burden of a heavy animal coat, to venture outside the palace unfettered by a disguise, to raise their voices in public space. But there is no doubt that this journey remains uncertain and controversial. It requires us to re-read our stories and the tales of our childhood, with tenderness and with a critical eye.

We can say one thing about our road to emancipation: if freedom does not come to us, we promise to go out to seek it ourselves. In hair and beauty salons, today as in every era, there are stories to be told of our release from psychological confinement. 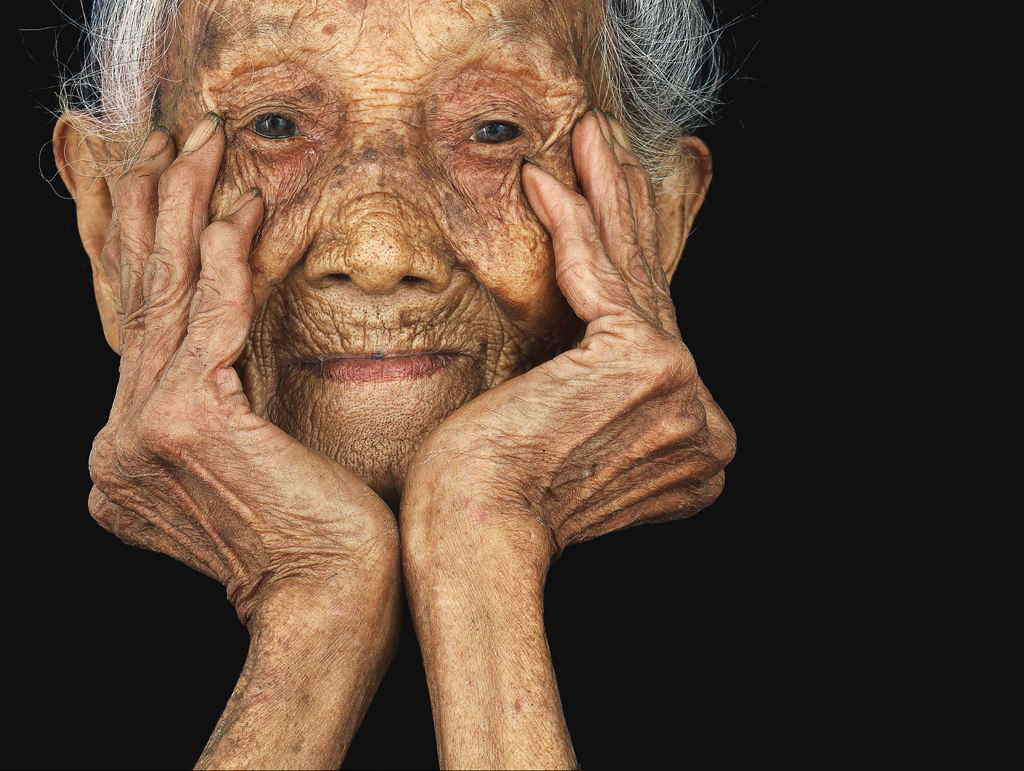