It is a delightful dream, but a tiring one. I am walking through a city that suddenly becomes a different city, though nothing changes. From the Saint-Michel stop on bus 38, I cross the noisy Arbat.

When I arrive at the corner of Luxembourg, I turn onto the Bolshaya Nikitskaya. Then, after walking across a large stone structure that resembles the Arc de Triomphe, I enter Central Park. I am seated in a pub along 2nd Avenue, and I know that once I leave, I will find the boulevard de Port-Royal stretching out to my left.

My visions are given geographic credibility in the form of large white tiles and geometrical pencil marks, as if they were all part of an interactive map.

I was born in Paris, and it is where I currently reside. I have also lived in Moscow and New York. In my dreams, the years I have spent in these cities tighten around one another to form a spiral: the same exact thoughts come back to me at regular intervals, years apart; dogged emotions begin the same walks thousands of times. And yet, nothing is ever the same: the past still exists, but it is no longer there. “Vos iz geven iz geven un nishto.” Children are born and are children no longer, the years were filled with social engagements, ever-changing jobs, new friends, new routines. I cooked here, there, and here again. I found the ingredients I needed wherever I was; I learned new words for them in different languages. But the smells of the streets and the people, the angles formed by the furniture and buildings, their colours, the way the shops were organized, the light, the skies, the trees, even the sand—it is all so different. And the air: in New York it is heavy with gas, muggy and bright; in Paris it is sharp, light and stringy; in Moscow it is earthy and rich, stifling.

Once we can finally come and go as we please, will I spend the summer in Moscow? Will I sit on the steps of Gorky’s House or take in a symphony at the Mayakovsky Theatre, munching on white bread topped with salmon and “Shampanskoye” wine during intermission? Or will I return to New York, making a pilgrimage to the 76th Street entrance to Central Park, which always held more charm for me than the larger one on 72nd? Or snack on corn on the cob, guacamole, and chips down the street from “the house”— from where we lived? Alas! I will not find the years of the past here. Vos iz geven iz geven un nishto.

I don’t believe the neighbourhoods I remember of these giant metropolises have been destroyed. Some cafes must still be around; in any case, I doubt the parks or famous museums have closed. No, nothing has been destroyed, everything is still there, even me. Only in my dreams, everything is there simultaneously, everything still exists, nothing is lost, time and space are intertwined.

While in my memories, foods and their taste matter, in my dreams they do not. While smells play a powerful role in real life, my dreams always focus on space. During the day, I lose myself between rooms in an apartment or I walk past a bridge—once, twice, three times—I have seen many times before, one that graced my old Paris neighbourhood. At night, I become Surveyor Macha. I cannot get lost here, since what I am looking for can be found wherever I am going. By day I speak, I feel, I taste, I listen in Russian, Yiddish, French, English. By night, in Broonyeva’s terrifying, perfect streets, I see. My movements are both vertical and horizontal; I scale the stone and Plexiglas gates at the city’s entrance, I descend steps with wrought iron railings leading to mysterious gardens, their low white buildings lining my path. Ikh gey brunievdik, I walk broonyevaly.

In my dreams, I walk the streets and hop from city to city, a master of time. Will I ever wake up? 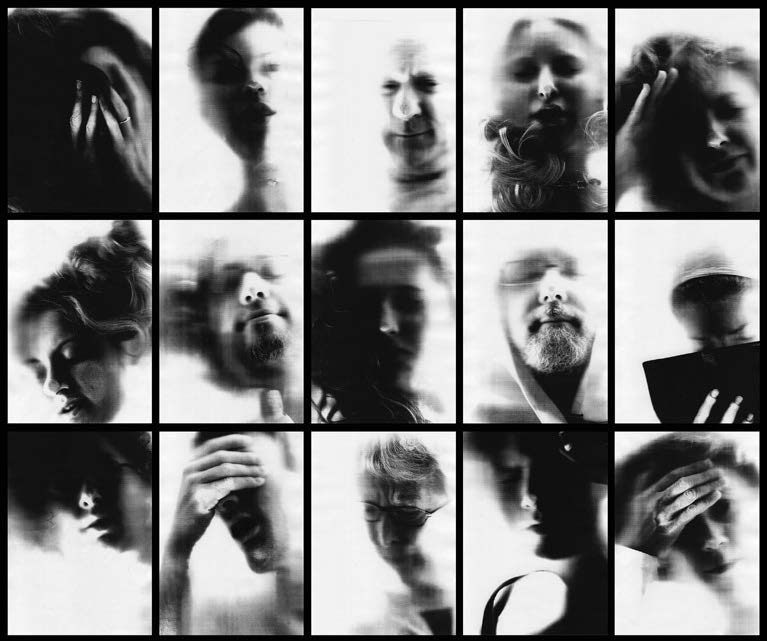 Next year at the theatre