Everyone who knows me, knows this—it is not some big scoop: I have an idol.

Granted, this admission is problematic for a rabbi who teaches her students to refuse idolatry, to be wary of anything that makes us form sweeping assumptions or take one point of view as gospel.

And yet, I won’t deny it: I participate in a form of fan “worship”. To justify myself just a little, I take shelter behind the hordes of people who share my devotion, who are afflicted by my condition. My idol, you see, is also the idol of many of my friends, as well as a good part of the Tenou’a team (special mention goes to our friend, Laurent S.) In the annual ranking of national idolatries, mine consistently comes in first place. And its name is Jean-Jacques Goldman.

I have been a fan of Jean-Jacques Goldman for so long that I have developed a secret habit (which will no longer remain as such…) of slipping his song lyrics into my sermons in the most unlikely of places, trying to get a feel for which audience members share my musical tastes. My congregation does not always notice. Some of them don’t seem to register when I say that Adam “walks alone, without witness without anyone, only his steps ringing out” to describe his solitude at the beginning of Genesis. They don’t always understand why, as I light the Hanukkah candles, I declare that they will be “like a light keeping us warm in the winter” or why I invite them to come back the next day to the Shah’arit office for “another morning that is (not) pointless”. Regardless! To each his own cultural references and personal interpretations.

On a more serious note, I’ve often wondered why Jean-Jacques Goldman’s lyrics speak to me so profoundly, why they resonate to such an extent that they start to inhabit my speeches and teachings.

I have ended up with a theory: Goldman’s central theme and the one recurring motif across many of his songs is that of travel. And I believe this is the most powerful expression of my personal “theology”.

Goldman often sings of going “elsewhere”. He knows “long is the road”, but believes that one day “we will leave”. He reminds us that “all the roads are beautiful, no matter where they take us”, that if we love, we can always tell our partner, “I’ll go where you go”, or let them go alone when we know that “elsewhere, the heart will beat better”…

The JJG-ian philosophy, his credo, you might say, is of a necessary departure and this dream of an elsewhere, a promised land that we struggle to reach but that fuels our dreams just the same.

And the rabbi in me looks fondly back on the little girl, the young woman, and the adult who have belted out the same tunes for so long and in them, this rabbi always hears the echo of ancestral promises of the Jewish tradition.

It isn’t a question of whether the singer intended to write about what the rabbi hears in the song, but of recognizing how this is always the case whenever we read or listen to anything—that the receiver always finds something in the words that is more (or different) than what the artist intended.

What I am suggesting, which will doubtless earn a few laughs, is that pop songs are often the most powerful midrash, the most fertile contemporary interpretation of our ancestral stories or sacred narratives.

The story of humanity begins in Genesis with the expulsion from the Garden of Eden. There, dreams were still quite narrow—and there is no going back, since an angel swinging a sword closes the gates to paradise.

Later, a man named Noah sails far from his native land, en route towards the rebirth of a different humanity that will settle in all corners of the earth, in every place imaginable.

We have to wait another ten generations to meet Abraham, who sets off from Ur of the Chaldeans to discover a new land the Lord has told him about, though the destination remains unclear.

And with nearly every generation, the voyage begins again: Jacob is led into exile, while his children set out for Egypt. And a few generations later, their enslaved descendants will find the strength for a new journey, freeing themselves from slavery to cross the desert, far from the villages of their birth. And all the while they are subjected to the same order that Adam, the first man on Earth, or Abraham, the first patriarch, heard before them: You will not return to your native land, nor to the land of Eden, nor to the Chaldea of your fathers, nor to the land of Egypt that you have known. You must set off on a journey and never return. In your exile, you must try not to return, even years from now…

Levinas once wrote that therein lies the difference between the voyage of Ulysses and Abraham: Ulysses will stop at nothing to return to Ithaca, but Abraham knows he will never see Ur again.

A Hebrew is forever destined to be a traveller on the road—or, to put it another way, someone who knows he must “split” in every sense of the word. Accepting that his existential condition is defined by a departure and an ever-futile quest to settle down definitively, knowing this chasm will be impossible to fill.

And from one generation to the next, something is passed on from this indefinable and mobile heritage. “Our girls are brunettes, we talk a bit loud, and love and laughter are our treasures”—but they are not the only ones. We give ourselves another treasure: that of the eternal journey, which prevents us from ever fully settling down, even when we think we are home.

Some would say that Israel represents an exception to the rule, and that this promised land is a place of permanent settlement. But this is not quite true.

When Abraham finally reached the promised land and acquired a piece of land for the first time, at Kiriat Arba near Hebron, he introduced himself to the region’s inhabitants in this manner: “I am a Ger Toshav* by your side.” The expression is almost untranslatable and it alone reveals the fate of the Hebrew traveller.

Ger is an inhabitant—a foreigner who finds his place in an adoptive land, a migrant who integrates into the community.

Toshav is a resident—taken literally, it is someone who comes back, who makes a “return” (teshouva in Hebrew) to their origins.

When he puts the two words together, Abraham pronounces an impossible identity. He will arrive at this promised land both as an inhabitant who recognizes his foreignness—as an outsider searching for refuge—and as someone making a return to the land of his origin—though he was not born there. How can we be both a foreigner and a native son or daughter? Is it possible to be both an inhabitant of an adoptive land that welcomes you and embody a foreignness, the legacy of a voyage that has forever uprooted you? This is the paradox of the Hebrew identity that Judaism bears: an infinite voyage that conveys an awareness for each of us, even when we are at home. And we always lose ourselves a bit if we stay, if we forget—wherever we are—that there always exists an elsewhere.

* See p. 56 for the complete interview with Raphaël Zagury-Orly
Back to the text 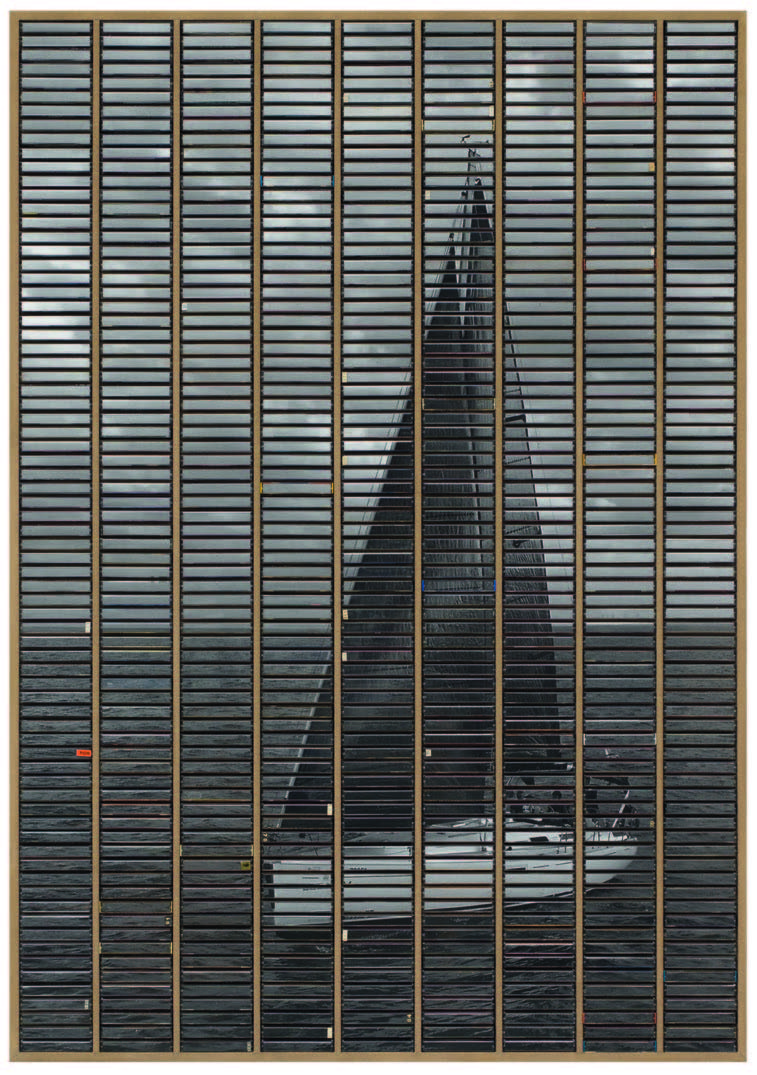 Next year bound for