There’s conspiracist idiocy, and then there’s anti-conspiracist idiocy, although it’s not talked about quite as often. In its laziest incarnation (that is, most arrogant and cocksure), anti-conspiracism is an intellectual identity defined by distinction, in the Bourdieusian sense: distinction from deluded yokels and paranoid ignoramuses. It costs little in terms of intellectual effort to obtain maximum benefit to self-image and social status. It produces armchair scientists in the image of Monsieur Homais who can ape the language of experts on any subject. Abhorring doubt and scepticism and incapable of standing in the space between justified concern and extreme paranoia, they opt instead for the comfort of certainty.

Anti-conspiracism of this sort professes its trust in a safe world, wears a satisfied smirk and rests easy at night. It has only one flaw, though it is not insignificant: it throws the baby of conspiracy out with the bathwater of conspiracism. For anti-conspiracists, the very notion of conspiracy is fanciful and far-fetched. Conspiracy is emptied of its real-world significance and made synonymous with delusion or cast as the distinguishing feature of feeble-mindedness in the face of a complicated world. But conspiracies do exist, have existed and always will exist. Being essentially “crimes of symbol,” conspiracies structurally, so to speak, encourage a delirious spread of discussion around them due to the very fact that they are covert, hidden—and that their status as conspiracy is dependent on interpretation (and sometimes legal or political decisions) almost more than on the facts themselves. Is a given plot a revolution, a political liberation or a crime of treason? Is the overthrow of a given leader a coup d’état or a palace coup aimed at killing a dictator? Political conspiracies are defined by how they are interpreted in the future, by the facts that are established and by the name they are given, if a name is given at all.

Conspiracism, on the other hand, is quite a different beast; it is an expression of pathological rhetoric, not the fact of declaring that conspiracies exist. Yet the two are related. This is because conspiracism implants itself into the structural absence of information surrounding real conspiracies: after all, conspiring means swearing not inform on your fellow conspirators, and plotting means your plans are secret. Given this silence, the fact that conspiracies are untraceable and therefore unable to be empirically confirmed, conspiracy becomes a conceivable hypothesis in any situation, and enables speculative theories—which seem to fit perfectly—to grow unchecked.

Conspiracism is recognizable by its particular rhetorical traits much more than by content: a theory of everything, a semiotic argument that expands to include the whole world (everything is a sign).

To identify conspiracist ideology, there is no need to confront it with facts (the reliability of which will always be doubted). You simply need to look for the discrepancy, within a single ideology, between radical scepticism on some subjects and blind faith in their own pet theories. This discrepancy is what signals conspiracism.

Conspiracism represents an ontological and theological perspective of the world that is deterministic, occasionalist, and gnostic.

It is deterministic because it categorically rejects the idea of chance and the possibility of multiple motivations, some self-serving and some altruistic, behind an action. For a conspiracy theorist, the fact that Big Pharma makes money implies that profit is its sole motivation, and health is not. It is unthinkable that it could be both.

The theory of occasionalism, notably exemplified by the Arab atomists of the Middle Ages, denies the existence of natural causality and insists that behind every event is an act of God. Like occasionalism, conspiracism often dismisses the idea of random causality in favour of an explanation involving a hidden element pulling the strings to create the illusion of natural causality. This occasionalist perspective echoes Gnosticism as well; for one thing, the hidden cause behind an event is often a powerful, evil force (much like the evil demiurge of the Gnostics). For another, conspiracism posits the existence of a class of people who have become enlightened by knowledge (gnosis). Finally, it seems that part of the anti-Semitic imagination, which is reflected in conspiracy theories to a degree that cannot be considered accidental, bears a certain resemblance to Marcionite Gnosticism.

There is clearly a relationship between conspiracy and conspiracy theory, but it’s the kind of relationship that exists between a questionable act that threatens the general trust in an institution or in society and calls for vigilance, on the one hand, and on the other, an escalation of theories which entirely overtake mental and intellectual life. One of the dividing lines is the scientific nature of the argument.

However, science and scientific discourse have shown their limitations in relation to conspiracy theories and the challenge of resisting conspiracism without lapsing into the starry-eyed optimism described in the introduction. The key is to successfully liberate the concept of conspiracy from the ideology of conspiracism and to maintain a vigilant awareness, no matter how dire, without losing hope. Plausibility is not a relevant yardstick here. The Zionists, who sensed before anyone else the catastrophe that lay ahead for the Jews of Europe, understood that the worst is always possible.

Indeed, what would political history be without the cabals, the plots, the conspiracies, the whistle-blowers? What would the Hebrew Bible be without Saul and David, without David and Absalom, without the plot of Athaliah, and then the plot against Athaliah, or that of Jehu against the Omrids, or Mordecai and Haman?

More importantly, what would Jewish history and theology be without the idea that the Nations have, since the beginning, been plotting Israel’s destruction? And yet, apart from the rare exception (Sabbatianism, for example, and perhaps a contemporary form of Hasidism which is very vulnerable to conspiracist arguments), Judaism is not conspiracist. It does not produce individuals riddled with paranoia, who drive evil and the motive for evil from themselves. I propose that there is a religious basis for this relative immunity to conspiracy theories: the one God, as well as the Jewish theology of accountability for persecutions both suffered and fomented.

Since the Jewish God is the one and only Will (strict monotheism), Judaism ascribes human treachery to a divine reminder to return and repent—without absolving the persecutors of responsibility. Our persecutors are wicked, but if we are yoked to them, it is by divine will and is ultimately a call for repentance. God is good, and Judaism incorporates the idea of suffering for love. There is no wicked entity to which an evil inclination of deception or entrapment should be attributed, apart from human wickedness, which can never be excused by divine act.

If conspiracism is by nature a degenerate form of Gnosticism, and Gnosticism itself a disease of monotheism, it may well be that the antidote to conspiracism lies in both greater scientific and religious insight. Piety which tolerates suffering is based in real experience; it is not a passive attitude of existential assumption, nor does it transform into a simplistic explanation of the world and its chaos at the invocation of the name of God. A religion that considers science and the exploration of the laws of nature as a holy undertaking (Maimonides), and which urges responsibility and action. A religion of the world to come. 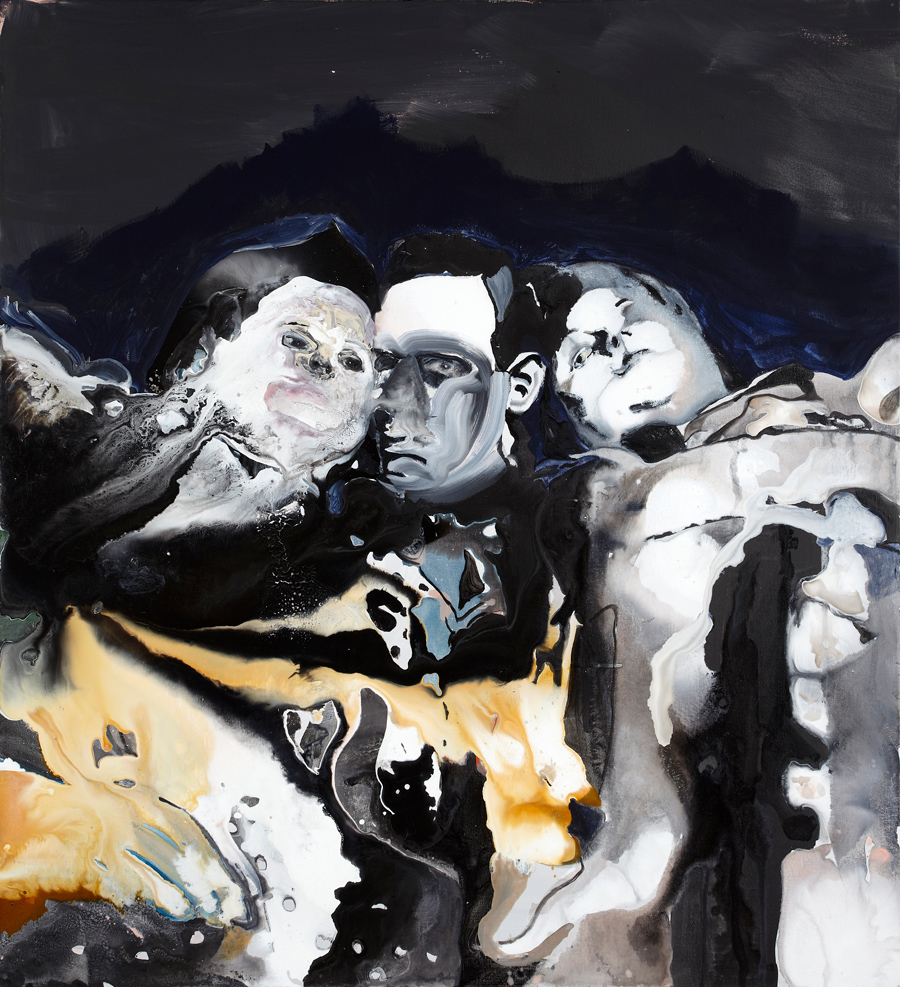 AFTER PUBLICATION OF THE BLACK NOTEBOOKS,WHAT DO WE DO WITH HEIDEGGER ?