It could be argued that I’m starting with the end. We think of travel as an outward movement to another place; the return is just the part that brings the journey to an end. But that’s not the only way of looking at it. Next year in Jerusalem, in the cradle of the Jewish people—here, the very act of departure is an attempt to return, to recover lost origins. So, the return is where I’ll begin.

In psychoanalysis, we speak often of the lost object, which is a structural, ontological loss that becomes the driving force of an individual’s desires. We might illustrate this idea through a story: an unborn child journeys to an unknown place, which she or he knows nothing about save that she’s compelled to go there, and where she encounters another and thus first conceives of herself. This is the beginning of her existence as a subject, but also her first experience of pain and loss. Throughout her life, as the child grows into an adult, she will seek to recover something of this lost place of origin; it remains inaccessible, only imaginable in the form of an elsewhere. Thus, every journey could be seen as an attempt to return to the first journey that separated the child from the original paradise. In this sense, if the Egypt that Moses departed from represented the mother he must tear himself away from (to borrow Delphine Horvilleur’s interpretation), then the unreachable Israel is also a mother figure: the ideal mother, unattainable motor of desire, that he is thus forbidden to enter.

Bearing in mind Freud’s work on repetition, though, we must introduce another dimension. Every journey is also a repetition of the birth journey, including all its discomfort. Thus, all travel may simultaneously be seen as an attempt to repeat the moment of outward thrust that separated self from other. It becomes clear that the concept of the journey is far from linear, and that each journey is, in its own way, an expression of the quest both to recover the place of origin, and to relive the movement of entering life, a paradoxical unification of the search for the lost object and the repetition first being separated from that object.

We now turn to the tiresome aspects of travel, the unpleasant surprises, which are a fundamental part of it too. Travel is a way of seeking an encounter with otherness, whether that encounter is good or bad. This sense of otherness we seek is the otherness imprinted in memory: the self’s birth as subject, triggered by first encountering another being who was both a double and irreducibly foreign.

In this sense, travel produces instability and so can be threatening to the psyche. Freud once travelled to Athens, where, admiring the view from the Acropolis, an odd thought occurred to him: “So all this really does exist, just as we learned at school!” He realized he had become divided, split, by this vision; one part of him perceived that he was standing on the Acropolis, while another part of him continued to disbelieve, as he had in childhood, if not the existence of the place, then at least in the possibility of his ever going there.

This experience of disturbing incongruity or derealisation unsettled something in Freud, the subject, and compelled him to unearth his innermost feelings (guilt towards a father who never travelled). But it was also through the grace of this momentary loss of self that Freud came up with a seminal theory around which he later produced a text, “A Disturbance of Memory on the Acropolis,” which paved the way for advanced theorization on psychological splitting.

It was necessary, then, for Freud to make a journey. He had to go to the Acropolis in reality, so he could return to the fantasy and see it for what it was; until he saw the Acropolis, he was unaware of his fantasy and therefore perhaps unable to distance himself from it. It was the journey alone that enabled him to conceive of himself as the subject of both the fantasy and the reality. Two disjointed planes were integrated together, opening up a new subjective possibility—the possibility of going to the Acropolis one day, or in other words, going beyond where his father went—which leads him to the development of a new psychological theory.

If you spend all your time in a place you know by heart, as most of us have for the last year, there is essentially no longer a need for perception. The body knows where things are, and everything becomes familiar; you can move around blind. Ultimately, it’s as if the body can no longer be distinguished from the objects and the space, as if we’re melting into the landscape, the walls, the bed, the desk. As if our reality is all there is, and any possibility of fantasy is crushed beneath it.

But other experiences can take the place of journeys in the real, spatial dimension; in particular, analytic treatment. A journey into the past, in search for the symptom—that is, what is most foreign to the self. In encountering the analyst, who is at once a double and radically other, something of the incongruity within the subject can be expressed; something of the subject’s own otherness can appear.

In session, B. describes how her first therapy experience led her to leave the city her parents lived in; it was necessary in order to escape their violence. But the violence of her childhood pursued her in her body, expressing itself through somatic symptoms. Now, after having taken that first, necessary, actual journey, she embarks on the journey of treatment. This journey leads her to return to the little girl she once was and, beholding her, to recognize that she is not that child any longer.

Dreams are perhaps the ideal space for such a journey, through the images they present us. M. dreams about a town she has recently moved to. In the dream, the town’s appearance is at first terrifying. Everything is in ruins. Then, circumnavigating the town, she enters it from the other side. Here, everything is as lovely as it is in reality. Analysis allows her to access the town from a different perspective, to see in it something other than her fantasy of a frightening, dilapidated place. Analysis allows her to make this journey, the movement acted out in the dream. The first perception is not cancelled out; rather, another is added to it, which allows her to go around this terrifying place to explore it from the other side. Here, travel is a means of changing perspective, of seeing what was always there through another lens, of retreating in order to return in a better way. It’s a way of linking together two opposing visions, that of within and that of without, by moving between the two.

T. recounts a recurring flying dream from his childhood. He believes he must have wanted to fly to his mother, who had gone to live somewhere else. But then he says no, in fact he must have wanted to go far away from the home that was so limiting to him. In the hesitation of his interpretation, we see clearly the ambiguity of the journey as an existential experience. Analysis allows him to contemplate both possibilities and express them both without having to reject either of them. To embark on a journey, then, is always both an attempt to return to an ideal origin, to recover the lost mother of childhood, and at the same time an attempt to move away from a dominating origin. Travel, whether real or imagined, geographical or a gesture between subject and analyst, is a path of return at the heart of which is dug a gap, a detour, an outward thrust towards an encounter with the otherness that resides within our own self. 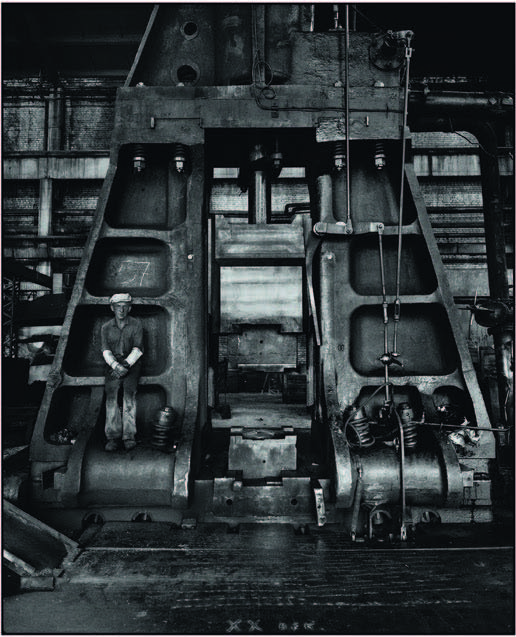 From Argentina to Uganda, from the border lands of Russia and China to Canada, take a world tour of lands once dreamed of as a place where Jews might find a little rest at last.