“Never tell anyone you are Jewish,” my grandmother used to say. And yet, as a child and into her adolescence, she had lived in harmony alongside her Muslim neighbours, spoken Arabic, loved her fishing village, blended in. It was only as she grew that she saw, heard, or received wind of threats or massacres committed against those who, like her, were born Jewish. She developed a quiet dread that one day she, or her children, might suffer from this identity, becoming victims of anti-Semitism in their own right. For this reason, she will likely never return to the country of her birth. Nor will she ask the Moroccans at the Noailles market for black bread, for fear her accent will betray her.

As a child, my mother had issued the same warning. As in every Jewish family, this was an intergenerational fear. Elders carry the memory of this collective trauma by teaching children what it means to be Jewish and the responsibility they must bear: work hard to assimilate, earn money, if possible, to achieve safety and freedom, don’t make waves, above all don’t complain or risk being accused of victimization, don’t really talk about it, look straight ahead, and always move forward.

But the world changed.

If I, too, carry this fear deep inside me, it borders more on anger than hysteria. I rarely speak of being Jewish but, though I desperately admire the values instilled in me, I believe the silence we were raised in restricts us. It does us a disservice. In the end, our efforts to remain discreet have left space for others to speak about us. This often reinforces and spreads anti-Semitic ideology without even intending to, or erases us and therefore diminishes our lived experience.

Thus, as I began to forge my own convictions of primarily feminist, queer, and antiracist struggles, I was painfully surprised that in my own circles the fight against anti-Semitism was at best minimized, at worst rendered invisible. That if I wanted to stand up for equal rights or oppose injustice alongside people of all ethnicities, religions, and sexual orientations, it was only alongside other Jews that I would participate in protest marches commemorating the murders of French Jews and rallies against anti-Semitism. The latter is rarely, if ever, mentioned by my antiracist friends, who merely give it lip service when they feel compelled to do so. And yet, these people are happy to boast that they support all causes.

In light of my intersectional identity, I felt it inappropriate to risk entering into a competition of victimization: I subconsciously equate my Jewishness with a mark of privilege; it is a sign that I belong to a category of oppressors. But how can a community that accounts for less than one percent of the world’s population be considered a dominant category? And how can the age-old discrimination it continues to suffer be so denied?

Perhaps we must readapt our relationship with the notion of living together since, too busy to keep silent as we were taught or because we saw our words punished, the perpetration of relativism or the euphemization of our lived experience has continued without us. In this respect, and even if the wager is Pascalian, we must throw new energy into fighting anti-Semitism by speaking about ourselves. We must share, explain, and educate our Gentile friends who may in turn spread the word.

We must stop leaving the question of what it means to be Jewish up to the politicians who instrumentalize it, or to the anti-Semites who abbreviate it, or to those who emerge each week as experts du moment and who, in the pursuit of social prestige, stir up hatred in whatever way best suits them.

We must speak out and mobilize so that anti-Semitism is no longer just a Jewish problem—so that, like racism, we learn to understand that it is everyone’s problem. 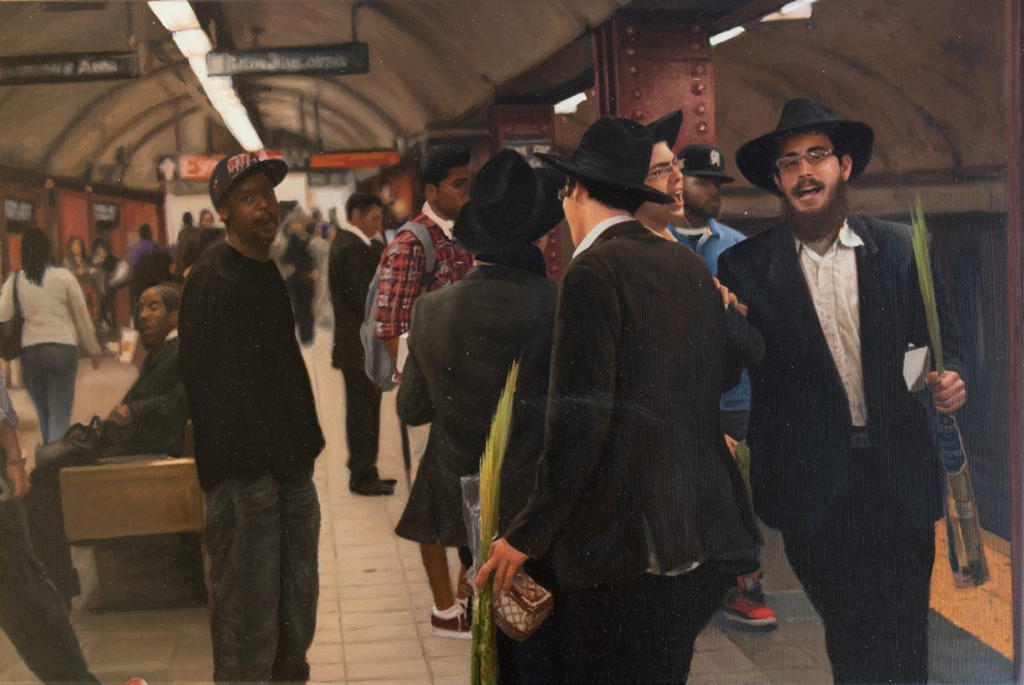 TOWARDS A TRULY NEW WORLD

Next year in Brooklyn