It was April 2020. Paris had been under confinement orders for a month. People were allowed to leave their houses only for an hour, and to venture no further than a kilometre. People were wearing their masks like aliens; they hadn’t yet become accustomed to them. When they passed each other on the sidewalk, they’d avoid eye contact and give a wide berth, as if avoiding the plague. I remember a grey, windy Sunday in March, when everything was closed in my neighbourhood except the funeral parlour, its windows lit up and people inside, next to the Hôpital Cochin. My phone rang. It was Orly Castel-Bloom, and I laughed as I described what I was seeing—the dead people store with customers inside it, a bit like in her books. Her call was unexpected; she was worried about us, and I kept laughing, thinking it would reassure her, but she became very concerned for my mental health and asked me to return home quickly. The virus hadn’t yet reached her doorstep; she had no idea what I was talking about. The surreal quality of our daily existence; the fear of other people, the silence in the streets, the aloneness, the ambulance sirens, the hospital helicopter from the Pitié.

And then, swiftly, an intoxicating spring invaded the city—warm and blue, with flowers and weeds bursting at the edges of sidewalks, a deep, upside-down bowl of a sky, and birds in the silence. Even the inmates of La Santé Prison were not so noisy. People began to look at one another a little, to be less afraid of one another, to discover how expressive eyes can be. There was a faint shimmer on the air of something resembling solidarity, something taking shape between human beings in masks. We cheated the kilometre a bit, we put toes over the line. People were out walking with backpacks on, discovering unknown alleyways right near their homes, unanchored, light, their steps freer than usual. And then it happened, on an authorised outing on a sunny afternoon.

Arriving at Denfert-Rochereau, I reached the edge of the perimeter displayed on my phone: time to turn around. It was two or three o’clock in the afternoon and that great noisy, polluted crossroads, with its incongruous lion under the blazing sun, was completely deserted. Far away across the square I glimpsed a narrow, shaded street which opened directly onto a verdant wall and dense trees, all inundated with light. It was like another country, and I felt suddenly unmoored; I could almost taste the sensation on my tongue, a nostalgia for something yet to occur. It was very strong. I wanted to go over there, to see where this place was. I stepped across the imaginary boundary, which I later learned actually existed—the Barrière de l’Enfer, the Gates of Hell that once delineated the city and the land beyond it and had nothing to do with hell at all. As if in a dream, I crossed the vast and yawning space and made for the little shaded street on the other side. It was cool there, and I shivered and hurried towards the sun, towards the other street at the end, with its stone wall and its trees. As soon as I reached it, my mind placed it in space; whatever its name was, it was worthy of notice, one of the pleasant surprises that cities have for their flaneurs. But the spell was broken, and the taste had disappeared.

An entire year has gone by since then, a year of confinement, curfews, less silence, less patience, less civic virtue, a form of morose habituation. The moment of grace that was April 2020, a month full of tragedy and promise all at once, has passed. That taste, now recognizable, has returned to me a few more times. From afar, again, a glow, the lighted bulb of a neighbourhood bookshop at the end of the great confinement and people lining up, with backpacks to put books in; a glimpse of the river at the end of a deserted and silent street. What was this feeling? Where had it come from? The question captivated me.

I thought about the writer Itshak Orpaz, the first I translated from Hebrew. In one of his books, he relates a childhood memory: a citron wrapped in tissue paper, sent from Palestine to the confines of Soviet Ukraine for Sukkot. It was, as he describes it, neither the odour nor the taste of the citron but the look of it that lifted his heart and awakened in him a nostalgia for an unknown land of possibility. I thought about the taste, the pull of America, Amerika—that place which carries in the folds of its name the sea, the crossing, riches and even bitterness, and the promise of life at the turn of the twentieth century for those oppressed, including the Jews. Not a land promised by God to a chosen people, but a place where life was possible for everyone, where it was more just, less violent. This is how I dreamed of France when I was small, like a possible America. To this day I can’t say what made me yearn so strongly for it. From earliest childhood, I believed that in Paris there would not be beggars like those I saw on my way to school, and that the schoolteachers there would not be as unfair and shrill as the ones where I lived, on the banks of the Bosporus.

There’s a philosopher, and poet and novelist, who devoted his life to this human “impulse,” this “affect”: Ernst Bloch, philosopher of the yearning for utopia, the taste of utopia, friend of Thomas Mann, Bertold Brecht, Walter Benjamin and Otto Klemperer. Between 1938 and 1947, Bloch wrote Das Prinzip Hoffnung, The Principle of Hope, alone in his American refuge while German terror reigned in Europe. “Once, a man travelled far and wide to learn fear,” he writes in his preface. “In the time that has just passed, it came easier and closer, the art was mastered in a terrible fashion. But now that the creators of fear have been dealt with, a feeling that suits us better is overdue. It is a question of learning hope [… Hope] looks in the world itself for what can help the world; this can be found. […] Philosophy will have conscience of tomorrow, commitment to the future, knowledge of hope, or it will have no more knowledge.” And Bloch lays out a quasi-axiom on which he will rest all his thoughts about active utopia: “To think is to cross over. But to do so without overlooking what already exists, without trying to ignore it.” Bloch’s translator into French, Françoise Wuilmart, insisted on the word franchir, “cross over,” which was then inadvertently replaced by a French critic with outrepasser—“overstepping.”

To Hebraized francophone ears, franchir calls to mind words like la’avor and ivri, and also the first man who crossed the river, in the story of Genesis, for which he is named Avram Halvri, father-of-those-who-cross-over. And those who follow him are called, in French, les franchissants: the Hebrews, Halvrim. The people who, in ancient times and within the midst of other cultures, one day ventured to think of another form of transcendence, of consciousness, of society. Long after, on the cusp of the twentieth century and in the era that inspired Ernst Bloch, a material utopia was conceived between Berlin, London, St. Petersburg, and Odessa, and it was called Eretz Israel. And fifty years after that, I found it myself, accidentally, without even looking for it, but with that same long-lived childhood impulse of nostalgia for better, unknown horizons. I recognize the feeling; I have the taste of it on my tongue to this day. The taste of a breaking dawn, of industrious and intelligent poverty, of music and hope. And I am nostalgic for it every day when I wake up, for this thing that’s still to come, that hasn’t yet happened. Over there, on the other side. 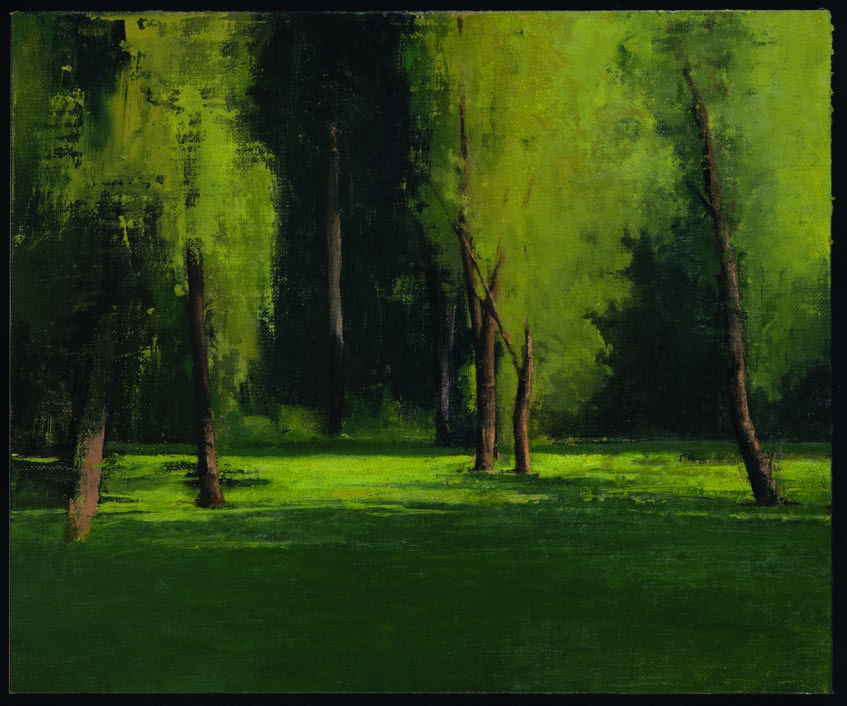 Next year in Utopia